I’ve been wanting to do this post for awhile:

Why did I start running? 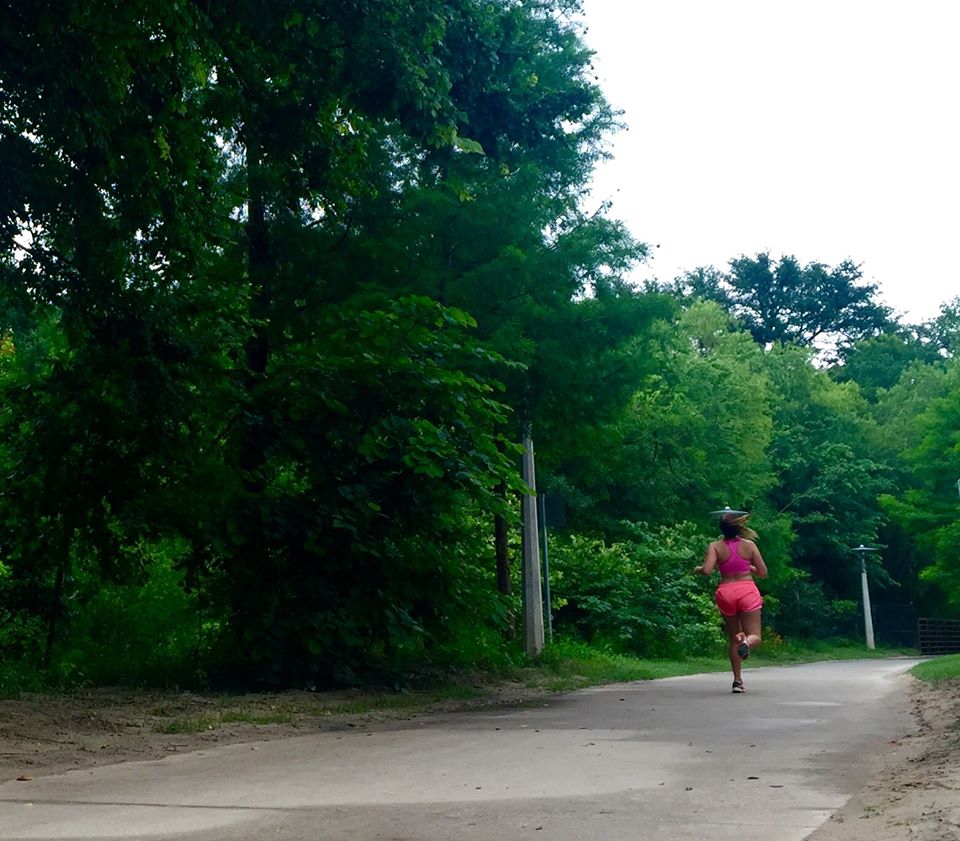 For those of you who don’t know, I was diagnosed with moderate to severe ulcerative colitis in 2012, the year before my college graduation. I had never heard of ulcerative colitis until my diagnosis. I remember thinking, “Thank God- it’s not cancer.” Because after two-three hellacious weeks of losing over 25 pounds and not recognizing what the heck was happening to my body, I was sure that it was something drastic.

The day before my diagnosis

I ignored people, even some who I loved, pleading with me to take a medical leave of absence; my GPA even increased during this time, probably because: 1. I was quarantined to my house with no social life since I was shitting 30 times a day, and 2. I was determined to prove that my limitations weren’t limiting me.

I remember the doctor explaining “there’s no cure,  but it is treatable,” and thinking “Well, why bother telling me there’s not a cure if it’s treatable?” But I know now that what he meant was, “We’re going to try a lot of different medications, and see how you respond. Over time, they may lose efficacy, and you’re going to have to try new meds. Some of these medications may require lifestyle adjustments, like having to go to the hospital every few weeks for an infusion for the rest of your life. You’ll try dietary adjustments. You may feel anxious and face sleepless nights; you may become a person you don’t recognize; you’ll lose your hair and have weight fluctuations, but you’ll gain the best kind of people for friends. You’ll have a struggling social life, but you’ll adjust. Each and every time, you’ll overcome, and you’ll be stronger for it.”

^That’s what he implied. Honestly, it’s taken me years to figure out that this is a lifelong thing. Sometimes I still don’t get it. 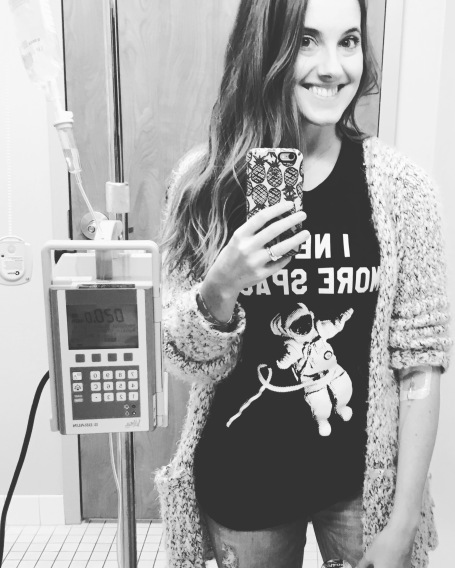 That year of college was memorable. I recall not knowing if I’d have the energy to make it up the stairs to class. I promised myself that if I had the ability to move again, then I would.

That following May in 2013, my roommate and I completed a sprint triathlon. 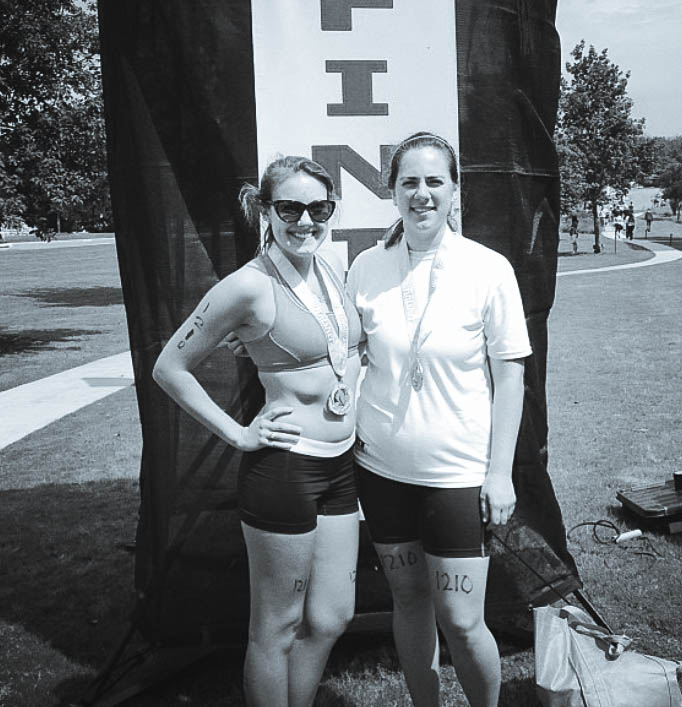 Then I graduated, moved out into the real world, found a job, and got angry.

I started researching. I realized that I wasn’t alone in this unglamorous, poop struggle, and not many people talk about it (not victim-blaming. It’s not a sexy disease). There’s over a million people in America alone with this disease…but there’s no cure. Absurd. I was angry that there weren’t cures. I was angry that I was going to have to deal with rollercoaster flares. I was just…angry.

So I thought, “I think I’ll go for a run.” Because honestly, I’m rarely angry. I remember being angry and upset only a handful times growing up, and I went running, huffing and puffing my way around the neighborhood each time.

But this time was different. I wanted to prove to myself that I was tough, despite my weakness. I wanted to push against my limitations, and I wanted to feel strong. I needed to know that I was not damaged goods, and I wasn’t the diagnosis code on a medical chart, but that I was even more capable than ever before in my life.
My way of dealing was running. 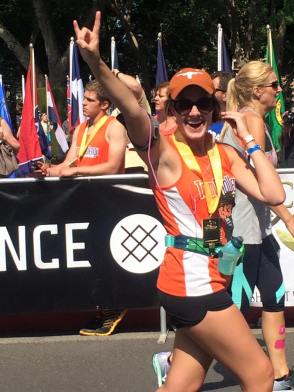 Around my angry/I want to feel better and make some trouble on behalf of others/time of chronic badassery, I found Team Challenge and trained for a half-marathon while fundraising for cures to ulcerative colitis and Crohn’s disease- and I channeled my anger into some productivity.

And today I keep running.

If you want me to be real with you, I took a break from October until this month…zero runs, because I physically and mentally couldn’t, because of a nasty flare that has required time, energy, and commitment to dietary adjustments and more meds to shake me outta my funk. I haven’t felt like me…

I’ve spent days in bed until nearly afternoon. I’ll drop Zack off at work, go to bed, and then pick him up after a day asleep, only to go back to sleep. He has been the real slim shady through all of this.

And it’s okay. Struggles are temporary.

Tonight I ran two miles without stopping. Two miles of up and over hills, around neighborhood corners, and hopping over sidewalk cracks, and I feel alive. I can feel my lungs struggling to get their rhythm, and I can feel my legs swinging happily beneath me while my feet pound the pavement, and I’m thankful for my 90’s playlist in my ears and the wind through my hair.
(Shoutout to Mother Nature for allowing me to run with my hair DOWN today- freedom!)

Why do you run?

P.S. When I can get a bit more organized, I’m thinking of making a couch to half-marathon training list with the help of one of my running coach friends.

2 thoughts on “Why did I start running?”